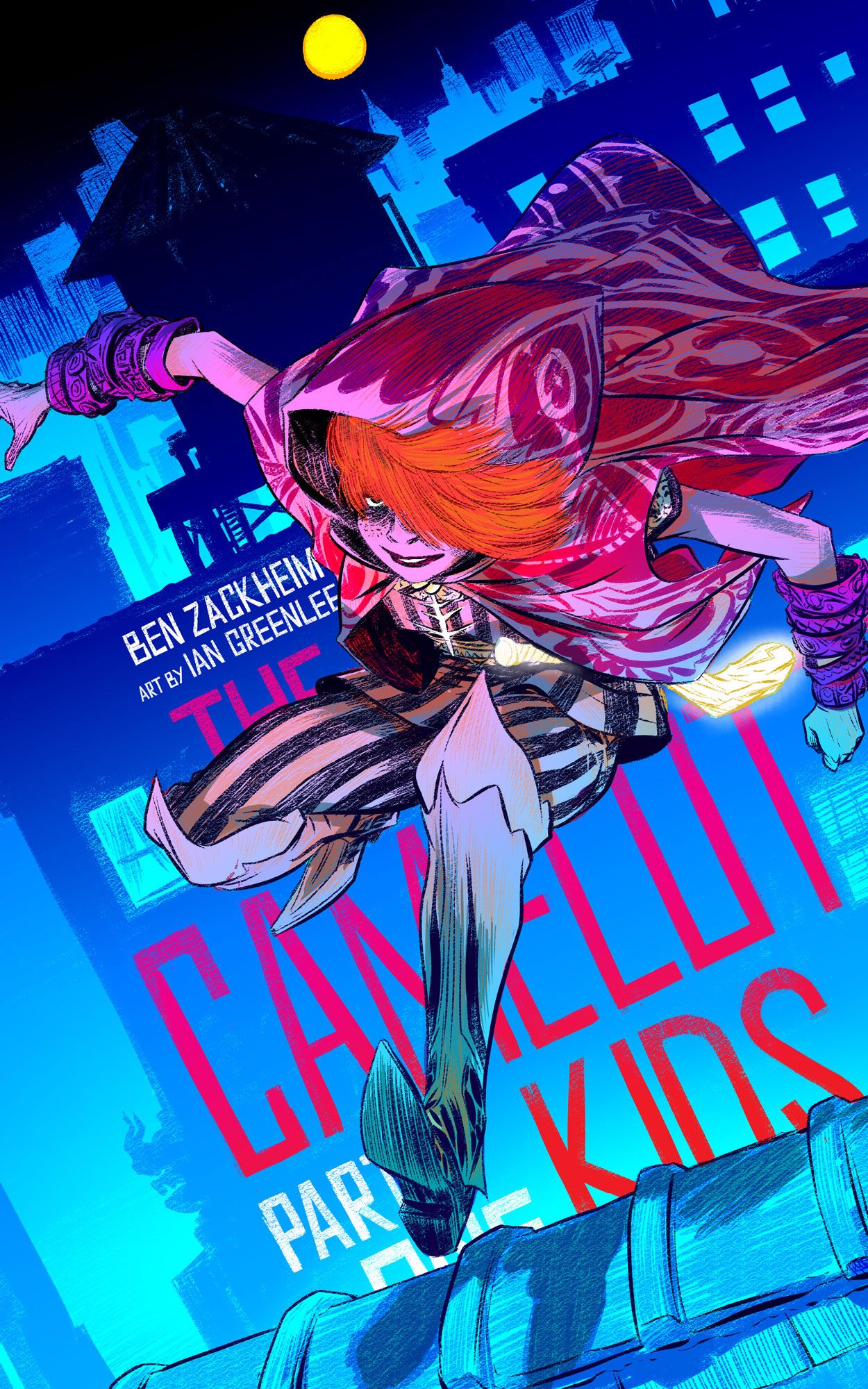 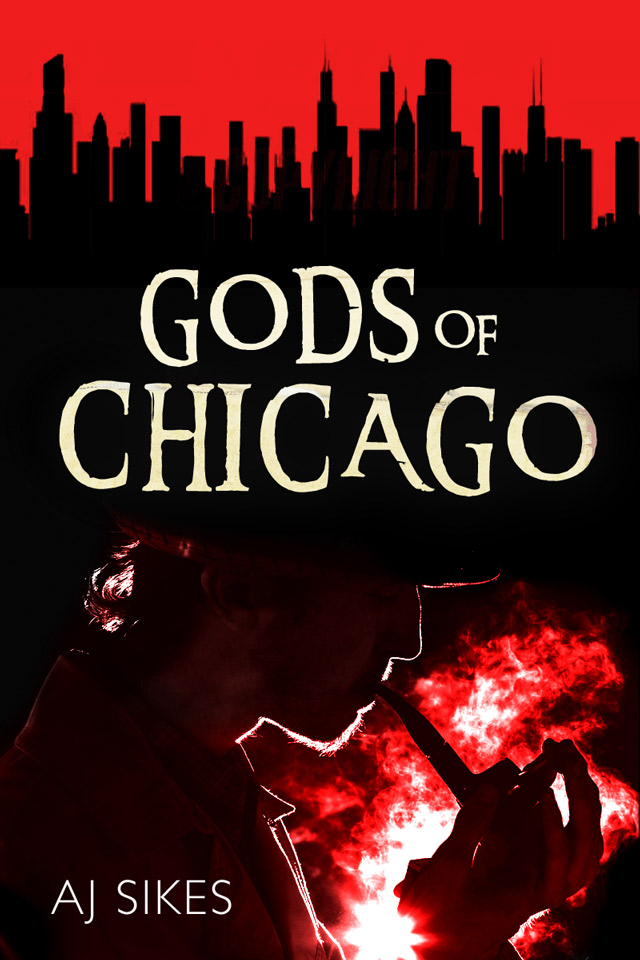 Ever thought about serializing your novel, or writing a serial from scratch? Yeah, me too. I’d like to welcome AJ Sikes to the blog with his post on serialization.

Enjoy, and please let us know your take on serialized stories. 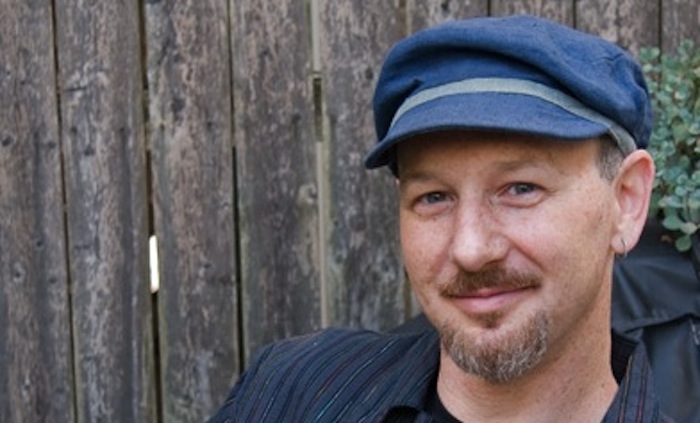 Many thanks, first of all, to Ben for offering a guest spot on his blog. This marks the second post of my tour promoting Gods of Chicago, a noir urban fantasy that was released in serial format and will soon be available in omnibus and POD editions (release date Feb. 14th!) My first post on this tour was at Zoë Markham’s blog where I talked about the decision to go serial.

Getting down to brass tacks, Ben thought my experience in writing and publishing a serial would be of interest and help to his readers, hence the title of this post. A bit of what I’ll say here is an echo of comments I made on his blog last Monday. But I also share some thoughts on how the serial process can help newer writers test the waters, and especially as regards independent publishing (self and small press).

1. You can put just the first episode out or launch episode 1 and 2 simultaneously, which is what I did. This lets readers get a taste of your writing on the cheap (each episode is just $0.99), and without too much investment of time (each episode comes in at around 15K-20K words, a good read-before-the-lights-go-off chunk of story). Isn’t the point of a serial that it be written in segments? Well, yes. Back when Dickens was doing it, that is how it worked. Edgar Rice Burroughs’ experience with serialization is closer to what I did with Gods of Chicago. Having a full novel ready to go before launching a serial provides a two-fold benefit.

⁃ Based on feedback from your early readers, you may find you need to put the episodes out more quickly than you’d planned.

⁃ Also, serial stories aren’t all the rage these days (though they’re gaining popularity). Readers seem more comfortable getting a story all in one go. For my future efforts, I’ll be doing the full season release, which is what other serial authors seem to be doing now.

2. With the full novel in hand, you lighten the workload when publishing. You’ll tackle all the formatting at once, if you’re doing it yourself. If you’re using a professional formatting service (highly recommended!), they’ll appreciate getting the entire project in one delivery.

⁃ Come publication time, you’ll appreciate having all your ducks in a row.

I had the benefit of working with a publisher who handled cover design, formatting, and uploading of each episode. If you can secure such an arrangement, you should. Unless you’re the kind of person who has access to and can use all the software necessary.

One caveat here: Be wary of sites offering “assisted self-publishing” as these may, in fact, be vanity presses in sheep’s clothing. If you’re paying a publisher for a service, and that publisher is also asking for rights and a share of the royalties, you may want to reconsider signing the contract. Writer Beware is a great resource for new writers looking to avoid pitfalls in publishing. The site is maintained and geared toward the genre fiction community, but writers of any stripe can benefit from a quick read through the archives.

Lesson Two: Invent a time machine so you can read Ben’s blog on KDP Select before you publish

Seriously. ICYMI, Ben did a fantastic two-part blog on the benefits to be had by signing up with Amazon’s KDPS program. Part 2 is here.

I’m a big fan of the transparency among members in the independent author community. Hugh Howey and Joe Konrath in particular have been incredible about sharing the behind-the-scenes details that most authors could only hope to guess at. Even as recently as two years ago. So, I’m happy to share what I’ve learned through my sales, meager though they are.

Kindle users account for the majority of my sales. Month of January sales total 18, split evenly between Amazon.com and Amazon.co.uk, with only episodes 1-3 purchased. Month of February sales total 6 so far, solely from the UK site, with one sale of each episode 1-5.

I’ve sold a total of 3 copies through Kobo. Zilch on B&N and iTunes.

Now, a lot (all) of these abysmally low figures are due to my lack of a significant marketing push, which was, to some extent, intentional. I made announcements in the forums and Goodreads groups I frequent. I talked to potential readers, and I made some noise on Twitter (and thanked every last person who helped boost my signal). But I didn’t advertise or try to flood the airwaves with news about my book.

The goal with the serial was to attract a few early readers and begin building another piece on the platform around my book. I’ve been active online and within the writing community for about two years. I’ve got a personal website for my editing services, which includes a page devoted to my writing. So my efforts at building an author’s platform weren’t restricted to the serial release, and that’s an important point for new authors to consider. It’s what we hear so often…the real work begins after the book is published.

Contrasted with the serial release, for the omnibus/POD release I’m tracking down advertising channels, doing a blog tour (Thanks again, Ben and Zoë!), and plan to use Amazon’s machine to do a lot of the marketing for me through KDPS. I also expect to have monthly deals to plan for, and special promotions to run.

That’s a wrap here. I’m lining up stops on the tour through the month. If any writer- readers would like to host me, I’ll happily provide an edit of your first chapter (up to 5K words) in exchange. The only date I have set is February 24th, where I’ll talk about self-editing tips over at mystery writer Elizabeth Spann Craig’s blog.

If any readers have experience with serial publishing, what did you learn?

Aaron Sikes (writing as AJ Sikes) is a writer of weird noir fiction and a freelance editor serving the community of independent authors. His stories have been published by Xchyler Publishing, KnightWatch Press, and Fox Spirit Books. Follow him @SikesAaron and sign up for the Gods of Chicago newsletter to get the latest updates on Mitchell Brand’s adventures and story world extras. If you need editing assistance with your manuscript, please stop by his website.

WordPress for writers and authors

Why you should run a Goodreads contest