There are dozens of characters in The Camelot Kids. The loyal pet goldfish, Mr. Boo, who was given a mechanical body so he could take over as manager of Merlin’s shoppe (he’s good with people). Hector, the chauffeur with a secret that will shock Simon out of his socks. Uncle Victor, the man with an agenda…dozens of characters!

You may have seen some of the tiny peeks at Rukkush that I’ve been doling out. You know the ads and banners like the one at the top of this post — with the peacock-looking eyes staring back at you?

Yeah, that’s Rukkush. And here he is… 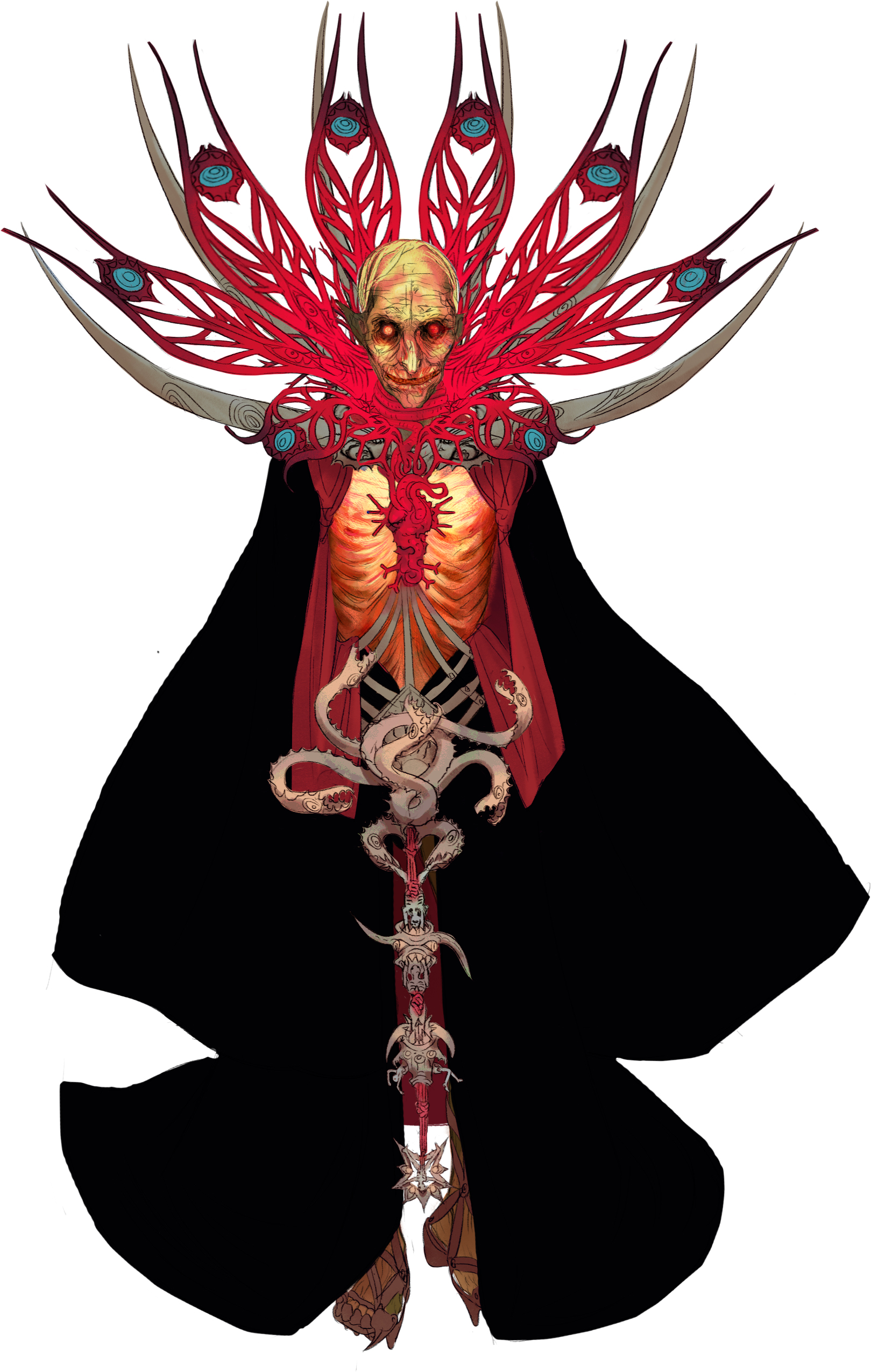 Rukkush is not on Merlin’s side. As you’ll see in this excerpt, he’s on a mission to take the old wizard out. Frankly, his beef appears to be justified… oh, just read the excerpt and you’ll see for yourself.

The set-up: Simon visits the old home of Lancelot – a small stone hut on the corner of New Camelot. The door hasn’t been opened in 1000 years. A crowd of curious citizens has just watched him open the dusty, creaky door. Now, Simon inspects the interior. It’s cold, damp and creepy and… well, read on…

What happened next was a blur of sounds and pain. Simon tried to pull his hand away. At the same time, Russ and Josh hollered and pulled him to the ground. There was a flash of red light and a loud slam, like a heavy door being kicked closed.

Simon was on the floor, the two guards on top of him. The room would have been pitch black if it weren’t for Maille. She was standing at the shut door with her glowing red wand raised. She pointed it at someone behind Simon, but he couldn’t see whom as his eyes adjusted to the darkness.

“It’s about time you showed up,” came a crackling voice from the shadows.

“Come out where we can see you,” Maille snarled. “I’m warning you, I know how to use this!” She lifted her bat-wand higher. The red light near the tip began swirling. It was an impressive sight to Simon. But the stranger chuckled. It was a dry laugh, disdainful. Simon sat up, trying to see his attacker.

And with that, a tall, thin man emerged from the darkness. His skin was wrinkly white, and his eyes were hollow, devoid of life. Long, stringy hair, like straw, ran down his back and shoulders. His fingernails were as long as the fingers they grew from. He wore leather armor that creaked and scraped as he moved closer. The man opened his mouth and an empty smile crept across it.

“I’d imagine I’m not looking very well, after a thousand years in this pig sty.”

Russ and Josh had their small blades drawn and ready. Simon felt naked without a weapon, but found the courage to speak.

“My name is Rukkush. Apprentice and prisoner of Merlin.”

“Ah. He’s taking girls now. He must be getting desperate on the other side of that door. Well, then, you are his prisoner as well.”
“Are you saying Merlin locked you in here?” Maille asked.

“Indeed. Who else would have the power to do so? I’ve been sitting in that chair right there for the last hundred years, by my count. I lay in the bed for three hundred years before that. I’m afraid Lancelot was not a big reader, so I haven’t had even the smallest of comforts to tide me over. I can’t count the number of times I’ve had visitors who ended up being a figment of my imagination. Perhaps you are only in my head, too. I’m a bit mad, as I’m sure you’ll understand. Not to mention betrayed.”

His smile disappeared and a chill swept the room. He raised a twisted, rotting wand of his own. Maille unleashed a ball of light like the one she’d used on Caradoc. But it was instantly doused like a raindrop in an inferno. Rukkush’s arms swept forward and Maille was thrown against the door.

“That wasn’t very nice, was it, Russ?” Josh said, as Maille let out a moan.

“All right then. In Lancelot’s name!”

And with that, the two boys ran at the ghoul with their swords raised. But Rukkush made quick work of Josh, throwing him against the exact same spot he’d thrown Maille, as if it were target practice.
Russ slipped through and managed to cut their attacker’s chin with the tip of his blade. There was an awkward silence as Rukkush glared at the boy.

Russ swallowed hard. “Oh, there’s hell to pay now, isn’t there?” In a split second, the third of the three kids lay unconscious near the door.

Rukkush poked at his wound and examined the dark blood. “Ah, excellent. Blood. I suppose this is actually happening then. Exciting. Now, we have some time alone before one of Merlin’s brutes breaks through that door…”

Rukkush began to wander around the room. He seemed deep in thought.

“Why is it,” he finally asked, “that Merlin allowed you through this door, when he knows I’m in here waiting for revenge?”

Simon wasn’t going to answer. He sensed he was being pulled into a trap. The way Rukkush was pacing, keeping his distance, and smirking made Simon suspect something else was going on.

“So it’s silence, is it? Fine. That will do. Let me tell you then, so you don’t need to guess. This is the first of many tests for you boy. He’s told you of your bloodline, I’m sure. No need to answer. I know it to be true. Yes, he’s told you of your bloodline and, in so doing, he’s given you a half-truth. That’s more than I ever got from him, so be thankful.” He chuckled, but there was no mirth in it.

“He threw you into this particular arena because you’re tied to a future he believes will unfold no matter what happens here. And, of course, because he does not want to face his past.” Rukkush sighed. “But now that you are here, my long wait is over.”

There was a loud pounding on the door. Rukkush swiftly walked up to Simon and took his chin in his hand. He leaned in so close that his breath covered Simon’s face.

“Seek the truth, boy, and be prepared to die for it.” The door blew off its hinges, bathing the room in sunlight.

Rukkush turned to dust in an instant.

With that, Simon’s vision went blurry. His knees gave out and he fell to the floor. Silhouetted figures rushed at him. He felt someone lift his head into their lap.

His last thought before he passed out was, “I’m not comfortable in this bedroom.”

You can buy The Camelot Kids: Book One now!